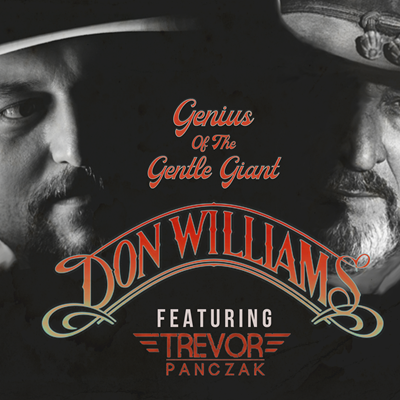 Trevor Panczak is a wondrous artist who puts his own mystical touch on Country music and with his chosen rhythm and captivating voice fills the audience with a sense of awe. He is in sync with the traditional-sounding country music of the past but puts his own spin on it to invent a new yet nostalgic feel that will charm both old and new fans of Country music into exploring more of his work.

Trevor has created a new tribute called “The Genius of the Gentle Giant - The Music of Don Williams”. Some of Trevor’s first songs learned on guitar were of Don Williams and it all came full circle when Trevor was given the opportunity to open up 5 shows on Mr. Williams’ final Canadian tour. Already known in some circles as Canada’s gentle giant, Trevor and his band share original and new interpretations of the music of one of the most beloved artists of all time. Trevor will take you through the decades of hits with touching stories of the relationship to not only the songs but the man himself in a way that only Trevor can do.